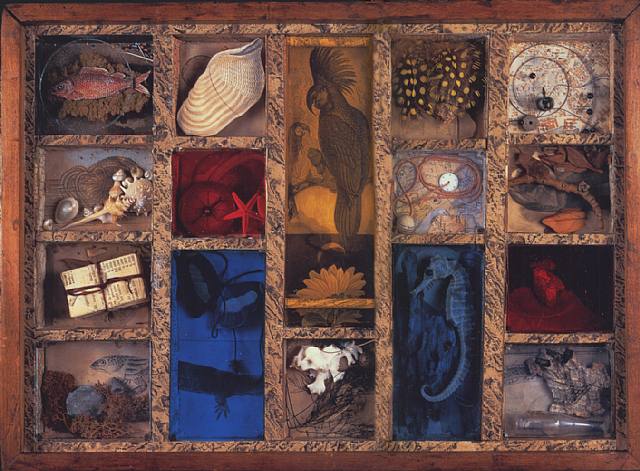 Mainly written toward computer compositionist and rhetoricians, particularly those following classical rhetorics; composition and new media teachers.
Written from the rhetorical stance of the researcher as inquirer and  teacher, working with and reinforcing a critical tradition.

That digital media presents the possibility of arranging visual arguments which invoke wonder–a state of learning which happens at the suspended moment between ignorance and first understanding. She suggests that the history of wundermakers (wonder-) offers us a rhetorical theory of arrangement, based on the assemblegde of evidence that will encourage epistemological discovery through associative-connections, which will in turn encourage ethical action. the reader/viewer to explore various perspectives and make epistemological connections not possible without the specific arrangement.

Barbara Maria Stafford’s Visual Analogy: Consciousness as the Art of Connecting (1999) –offers a cannon of literary tropes which can be used to examine visual argument
Nicholas C. Burbules’s Rhetorics of the web: Hyperreading and Critical Literacy  (1998)–offers several terms and criteria for evaluating online work

Postpositivist: based on the belief that knoweldge is made through human interaction and construction. Seeks to find ways to promote learning and knowledge-making through “wonder”–traditionally defined as a mental state of suspension between ignorance and enlightenment that “marks the end of unknowing and the beginning of knowing.”

“Constructing digital Wunderkammer thus becomes an embodied pedagogical perfor-mance, a strong model for a postmodern understanding of multiple perspectives and subjectivities. Through multi-linear, multi-modal visual arrangement and manipulation, they shape a path to rhetorical action through a technology of wonder.” (“Mental/Physical”)

“…from a perspective that values the particularity of multiple voices and embodied perspectives, there is no definitive path through the material on this DVD, no overarching ideo-logical or interpretive scrim through which the viewer is asked to understand Cornell’s work. It is a stunningly, excessively rich, visual, auditory and verbal space, an exemplar for combinatorial, knowledge-making pedagogical performances in manipulatable, multi-linear, new media.” (“Pulverizing”) (emphasis added)

“Students investigate their own environment; they collect, arrange, and manipulate evidence to gain multiple perspectives on a single building in their post-industrial downtown area; and they use this evidence to compose nuanced proposals for the use of urban space. . . . Arrangement thus functions as both a method of invention and a means of intervention, situated squarely on the streets and sidewalks of their home town.” (“The Assignment”)

The assignment has 3 steps:

What are the predominant similarities?  differences?
What seems to “go” with what? why?
How are different media related?
What is unexpected in this arrangement?
What is missing?

Delegrange successfully structures her web text according to the principles she theorizes in her argument: the new media arangement juxtoposes text, images, animations and a video in such a way that they compliment, support, and reinterpret one another.

The trope of the shaddow box is what dominates the text’s overall structure/use-map as a digital text. She suggests in her introduction that the sections of the text may be read in order, but that the nature of her projects suggests other paths

The case study at the end, that is, her student’s own project, is what made this article come to life as research–because one realized that she was actually teaching research methods as a form of knowledge-making within communities/contexts; this strongly supported her epistemological claims and scholarly research.

Implications for Qualitative Reseach: My Own Conclusions and Thoughts

Many of Delegrane’s arguments about arrangement and new media could be similarly applied to the craft of qualitative research:

“…when we look at the early use of such technologies as microscopes, magnifying globes, and refracting lenses, we do not find the hard distinctions made today between scientific and personal exploration…” (“learn/play”)

“These devices served as the articulating link, the connection between macrocosm and microcosm, that constructed and transformed simple resemblance into generous understandings of the relationships of the cosmos.” (“Manipulating”)

“Many of Cornell’s constructions made use of the evocativeness of the partly-seen, using screens with holes, frosted glass, layered paper and wood, sand, bottled objects, and mirrors to provide multiple perspectives while never revealing all, insisting that the viewer both accept the ambiguity and continue striving to construct meaning in the gaps.” (“Partly Seen”)