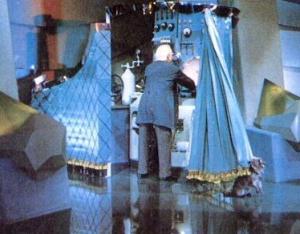 Robert Brook’s chapter in Voices and Visions, entitled “Ethnographic Practice as a Means of Invention, Seeking a Rhetorical Paradigm for Ethnographic Writing” has no doubt been my favorite reading in methods of research thus far. As always, I find that Latour’s philosophy clearly elucidates the practice and process of research, especially as it relates to texts. Brooke uses Latour’s concept of inscription to describe three key moments in his composition process where the observation and articulation of his subjects was crucially shaped by his rhetorical needs and goals.

1) In his observation notebook, Brooke found that his comments about and vision of the classroom he observed were selective, based on a set of categories (heuristic topoi) which he was predisposed to conceive of, based on his field, past readings, and conversations with his teacher-subject.  In other words, his inventive process, by which he explored particular ways of understanding his subject, shaped how he observed and specifically, what he wrote down in his journal.

2) His daily notes, written after each observation, revealed Brooke’s attempts at meaning-making through writing, by more clearly organizing his observations into patterns, interpreting behaviors, making predictions, and labeling phenomena based on theoretical topoi.

3) A year later, Brooke’s composition of a CCC article from his data, involved negotiating meaning out of a tension between his own memory of an event, his data, and a very specific audience, while simultaneously trying to locate himself within the discipline to which he is speaking. These tensions actively shaped the articulation of his observations, his theoretical basis, and his argument.

I so appreciate the emphasis Brooke places on the difficulty these negotiations create for the author, who is attempting to condense, refine and sharpen meaning from such a vast body of observations, experiences, and thoughts. This is especially so, notes Brooke, for the ethnographer trying to speak to two separate audiences: an academic discourse community, and the community who was observed.

This last section of the article reminded me very much of two other texts: Dian Davis’s introduction to Inessential Solidarity, in which she meditates on the impossibility of scholarly conventions in the face of discussing metaphysical ethics, and Annemarie Mol’s book, The Body Multiple, in which she splits her text into two, simultaneous, parallel sections in an effort to address adequately both her ethnographic observations (placed on the top half) and the literature of theory and methodology (placed on the bottom). Such an extreme bifurcation of composition is the perfect example of the incredible tearing that the tensions Brooke describes can lead to within the writer’s mind–and I think Mol’s solution is a very creative and effectual one.

Another aspect of Brooke’s work which helped me, as an aspiring researcher, was the “behind the scenes” look that “Ethnographic Practice as a Means of Invention” gave, after having read “Underlife and Writing Instruction.” Although most ethnographies lay out their methods, I still feel there is a lot of process which is left like “the man behind the curtain” which the reader can only guess at (unless you’re Brooke, who like Toto goes and tears the curtain down!). Brooke’s three moments of inscription gave me a much clearer idea of what my own process of observation and composition might look like, on a practical level, while conducting a study. Additionally, his literature review in the beginning of the chapter is the most simply and clearly graphed picture of the field I’ve read yet.