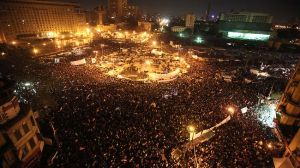 One of the major weaknesses of Grossberg’s book is the fact that, although it was published in 2010, it continually felt, while reading it, as though it were written in a pre-9/11 world. Many of the authoritative quotes he used to describe the changes which have taken place in our world, our present moment were in fact written in the 1980s and 90s. While that does not make these statements any less valid, they often revealed the kairotic context and were not followed by Grossberg with any addendum filling in or modifying the concepts to apply to the current state of cultural studies (see for example his use of Readings on 178-181, or his use of Harootunian on 288).

However, this weakness is compensated by the heroic new paths Grossberg blazes for the future of CS work, providing scholars with an arsenal of methodological tools for considering “[q]uestions about what’s going on and our possible futures [which] remain paramount” (288).

I’d like to suggest three present pressure points, as Gossberg might call them. Three places in the complex networks/conjunctures of society where tension has becoming so strained that, we might say, “something’s gotta give.” Emergencies, crises, or ruptures where Cultural Theorists should should obviously report. I feel some of the particularly difficult questions that are born at these cites, deserve serious efforts, and our current pattern of only skirting the edges of these issues (particular the last two which I suggest) evinces our discomfort with the complex dissonances therin. I’m not going to flush them out at length here, only briefly attempt to make visible the kinds of difficulties present. The major pattern linking these events is that all of them were organized through social media, all of them involve complex convergences of economy, politics, culture, ethics/religion (largely missing from Grossberg’s methodological tools), and they all happened within the same time frame. Most importantly, they all constitute wars over various definitions of Modernity.
‘
1. Democracy in the Middle East 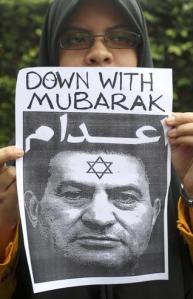 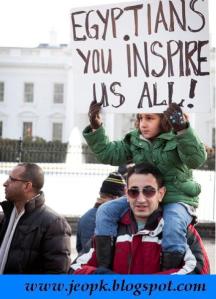 It may be safe to say that the sort of wide-scale revolution and restructuring that is taking place in the middle East has not happened since the usually named “Democratization Era” refering the Europe and Aemrica’s own . . . rebellion. And, it may also be safe to say that, in a more time-space-collapsed economy, this rupture will have an even more monumental and immediate effect on the global state than the Western one did. If the first generation of CS scholars looked at the Peace Movement, Civil Rights movement, Hippy Movement, Sexual Liberation movement, and so many other large-scale ideological ruptures and said, “What does this mean . . . (for us)?” you can bet the my generation of scholars is looking at the Middle East asking the same question, with just as much awe-struck wonder.

Oriantalism scholarship has done a brilliant job of showing us (Westerners) that we are incapable of analyzing and evaluating and interpreting the East in a way that is beneficial, ethical, or even useful. So where does that leave Western scholars in the midst of the Middle Eastern revolution? I’m not sure that we can be much more than spectators, peering into the stadium from holes in the fence, unless a person has specific ties to that area of the world, and even then, we may be considered liminal at best. It may be a case where we can only, in fairness, wait quietly, or ask questions humbly, because the difficulty of our relationship.

On the one hand, Egypt has written their own, effective “Declaration of Independence;” On the other hand, they oppose much of the ideology we generally accept (like, say, post-structuralism). On the one hand, we are in economic cooperation with them; on the other we (whoever “we” may be) have been exploiting them (in a materially real but also wider ideological sense) for decades. On the one hand, They demand the support (in so many ways) from the West; on the other, there is a clear political agenda which America simply will never be able to agree with, no matter how much the financial benefit from it–some of these facts are (rightly) ignored in the moments where we cheer. But at some point we need to think about the difficulties. Also, while postmodernists love to see the oppressed revolt, these are states ushering in so many of the very economic and ideological structures which, in the Western forms, postmodernists have fought to expose as untenable in the long-run.

Scholars, no matter how much we (want to) image we are above politics, and economy, and bias, and ignorance, and all the other buzz words, are truly just human. And to approach these questions will have to deal with a TON of self analysis, to even begin to touch the kind of economic, philosophical, theoretical work the Grossberg Demands. Nevertheless; to ignore this issue would be to pretend that the largest volcanic eruption of our time doesn’t exist, while studying plate tectonics.

2. The Riots in London 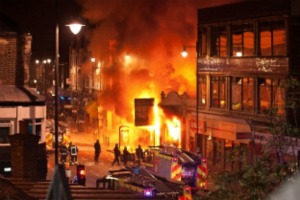 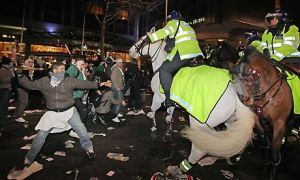 I am not a British Subject. However, listening to the BBC cover the teen-age riots in London left me shaken, disconcerted and affect-ively defeated–I felt at a complete loss that a culture could expreience such an outburst, such a unmistakable and un-ignorable break in human forms of social control, and simply turn away in stoic obdurateness, as if this meant nothing. The public debates immediately following the event were heated, but quickly faded into the background in the US news. I’ve found some analysis online, but many exclude conjectural complexities that made this even different in the historical plane (see for example this psychological analysis, which never mentions social media). I am not in a position to analyze what led a generation of youth (most in their very early teens) in one of the most acclaimed cities of the world, in one of the traditionally conceived of as “civilized” nations in the world, to overturn cars, set fires to the streets, rob and pillage. But I believe someone needs to. And, possibly even more urgently, I’d like to know if this is libel to happen anywhere else. 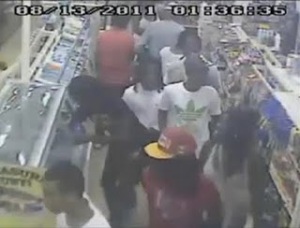 Moving to our own continent, and to something akin to the events in London, I can’t help but feel that we should consider the flash mobs that became a trend this year, which were particularly mobilized through social media, and were contemporaneous with the London Riots (no coincidence, obviously). I believe that instances of collective law-breaking and crime should be considered one form of pressure point because (like revolutions and riots) they constitute a form of rupture or outburst within a culture and often point to deeper conflicts within the particular kairotic moment. There are so many issues at stake in this particular conjectural analysis, when it comes to how people have responded to these events. Discussions surrounding social, racial, economic, technological and generational conjunctures quickly sprang up in the public sphere, providing plenty for the Cultural theorist to analyze, just in the way of perception, much less in the original material events. The climate which both fostered these moments, as well as the changing pressure zones which have followed, may give us an interesting forecast of the affect-ive changes taking place in our country, and how those changes are linked/converging with affective states of various groups around the world.